I Am Malala
Malala Yousafzai

Journey to the Centre of the Earth (Puffin Classics) I re-read this for my 2014 reading challenge. The category was "relive the magic", so I picked this because I remember liking it when I was younger. Now, I would recommend to kids because I enjoyed it more the first time I read it.

Now, my problem with this book is that it's not a timeless adventure. Many scientific facts are outdated and the female characters' roles let you know that it was written in 1864, like this part:

'What, Gräuben, you mean you aren't going to advise me against an expedition like that?'

'No, my dear Axel, and I would gladly come with your uncle and you, if it weren't that a girl would only be in the way.'

That was so disappointing. I thought she was going!

And I know it's fantasy and science shouldn't be an issue, but still, I couldn't help being distracted thinking "that's not true!" several times, at least until this quote came along:

'Science, my boy, is made up of mistakes, but they are mistakes which it is useful to make, because they lead little by little to the truth.'

I had to give Jules Verne some credit then. He tried to be as accurate as possible when it came to science and you can see that in the explanations mid adventure.

As for the characters, they were sadly flat. Professor Lidenbrock was the most interesting to me, but wasn't developed at all. He is the typical mad scientist, in a good way. He is so driven by the adventure that you can't help being interested in it too. On the other hand, Axel is not your typical main character. He is a coward and weak, always being saved and always complaining. It was okay at first, then it got a little annoying. I mean, if someone tells you you're going to the center of the earth through a volcano, you are allowed to be reluctant, but once you are almost at the center and all your theories have been disproved, accept the fact that you were wrong and celebrate the discoveries. Finally, you have Hans, the most robotic man alive. He almost never spoke. Throughout the whole novel he must have said 10 words, but without him the others would have died for sure. It would have been so interesting to see him as a developed character, maybe through conversations with Professor Lidenbrock (as he was the only one with whom he could have talked to), but he was only used as a tool for survival.

A lot of people complain because they never reached the center, but that didn't bother me at all. It just made the adventure more "realistic", if that makes any sense. They tried and saw some pretty incredible things, but still leaves you wondering: what's really in the center then? What would've Jules Verne picture for the center? And that's one of the things I liked the most about it. The bad:
The mystery was not something new to me, so it was not so schocking.
Its view on psychiatry and pharmacology was extremist, saying how it was no different from radical experiments or surgeries.
It seemed, as I read some other reviewer say, as if the author wrote it thinking of a screenplay, rather than just a novel. Although that's not bad in some aspects, in others it just gave it an unrealistic touch.

The good:
It was one of those unputdownable books.
There were still some mysteries I hadn't guessed.
Tweet The stories of the "princesses" (not all were really princesses) are really interesting, but the style of this book was not for me. It was too informal and I'm not sure the goal of the author to debunk the Disney-princesses-fairy tales was achieved... It was not properly done, in my opinion, but it might have been an interesting starting point.
Tweet The easiest say to review for me is by making a list of what I enjoyed of the novel and of what I had a problem with. Here it goes...

The symbolism of Vivian's Claddagh.
How our perception of her grandmother changes throughout the novel.
Vivian's feeling of alienation, of never feeling a real part of a family. That's the only moment she felt real to me.

The characters' lack of depth and how stereotyped they were.
The much too obvious parallelisms between the main characters's lives.
The fact that a nose ring was the symbol of Molly's anger and of the wall she put up so she could not be hurt again. It also bothered me that by taking it off she is seen as a more "normal" person and that she is on her way to improvement.
Traumatic events are thrown into the characters' lives, but they don't seem to react. I understand the numbness described in several instances throughout the novel, but it was not properly portrayed. The emotional development is almost non-existent and felt rushed in the end.
What I was most interested about, the orphan trains, was way too short. Not really a review, just why I loved it, simply put:

-The variety of themes touched in this novel is impressive and I find them all very interesting. Also, for me, they were handled successfully and without fear.

-The characters felt real. They were all fascinating in their own way.

-I can’t stop thinking about it. It is just one of these books you wish to forget so you could read them again for the first time.

Beautiful In My Worn Clothes: The Transgressions of Love 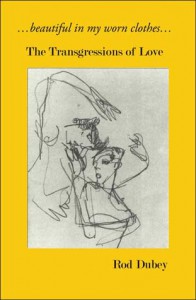 Beautiful in my worn clothes presents an interesting journey of the transgressions of love through history, literature, politics and economy, which I would have enjoyed more if its pace would have been slower. I had a hard time following the "time line" because several views, authors and figures were thrown in together without much of an explanation. Maybe it was because most of the references were new to me and the book was intended for someone more knowledgeable, but I felt that, this way, I couldn't completely grasp the message the author was trying to convey. This doesn't mean I didn't get anything from it. Actually, it taught me new ways to look at love. Love as a political force, as a creativity tool, as a social movement and many others.

I especially enjoyed the analysis on Austen and marriage as a mere contract, sometimes viewed as something that kills love, and found very interesting the consumerism view on love, which left me wondering, why, if love is sold as a scarce product, does consumerism contribute to a perception of a partner being disposable? Even though it is said that people are sold as objects, "a mere list of attributes" that can be easily replaced, we still believe in "the one". Is consumerism the path chosen to search for our "other half"? A test towards the scarcity of this product called love?

Beautiful in my worn clothes definitely makes you think, which is one of the reasons I liked it. The other reason is that it calls attention to the power of love as a transgressive force, a shout-out to the freedom it gives us.
Tweet

I gave this book 5 stars for sentimental reasons, it is nothing extraordinary, but I loved it as a kid.
Tweet This is not really a review, but a few notes on what I remember thinking of the novel. I know I read this because I hadn't read any Tolkien before and the film was coming out. I held my expectations very high and maybe that's why it disappointed me.

It was okay, but nothing really special. I mean, the world, the creatures, all of that I liked, but the characters felt flat to me. I did enjoy some scenes (Gollum is always awesome, love him) and the songs were great. As a child, I would have liked it a lot more.

The Bald Soprano and Other Plays